We had a club social at Foxlake Adventures last night, to enjoy our prize from the rowing races we held there in February. Great fun on the Foxfalls assault course and the Wakeboarding lines. Check out the photos...

Thanks to James and the crew at Foxlake for a great evening.

This fine June weather provided the ideal opportunity to meet up with Dunbar at Bass Rock for a leisurely row with club members enjoying a floating picnic whilst admiring/avoiding the gannets on Bass Rock. 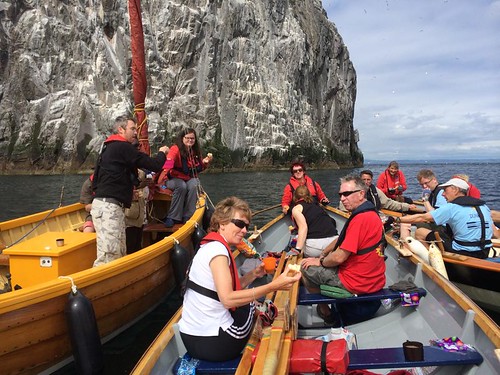 Saturday saw a crack NB team making the short trip to Portobello, keen to avenge their narrow defeat at  the hands of Anster the week before. The Portobello course, straight out from the beach, round a buoy and back to the shore had the unusual feature of growing longer as the tide came in so that races started out as lightning sprints but ended up as mid-distance slogs.

The event started with a fine third place for our under 15 youngsters (their coxes cry of 'don't let the red mist come down' being something you don't ofter hear at a regatta) and a very creditable 5th place for our novice crew who had never rowed together before, let alone under race conditions. They claim to have enjoyed the experience. Our under 18 youngsters then scored a fine win and this was followed  by a succession of second places for NB crews.  it became clear that the overall competition would be a two horse race between ourselves and the home team with the locals just keeping their noses ahead at the halfway mark. In the afternoon the NB power began to show with a series of wins for our 40+ ladies, 40+ men, 60+ mixed and open mixed. One crew which surely expected to triumph were the young guns of the mens open team but a sharp crack shortly after their dramatic departure from the beach announced that the power had proved too much for the bow oarlock pin. Nothing daunted, the rest of the crew kept rowing while Duncan in bow enjoyed the view and still managed to achieve third place. 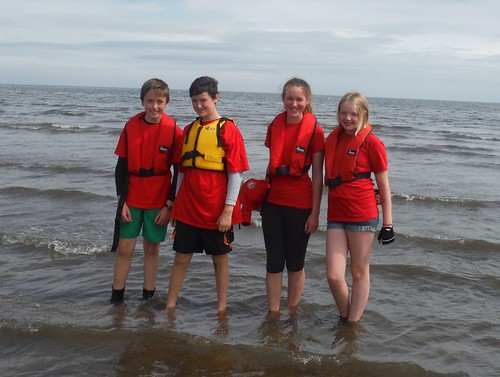 After the final competitive race the final points were added up, added up again and added up for a third time but the result came out the same, North Berwick and the hosts were tied at the top with 31 points. With the calculations completed,  there was still the business of the inter-club race and the relay race to take care of. The inter-club race gave several club members the opportunity to try out the oppositions boats under race conditions. In the relay, after an exciting changeover where several rowers seemed to be exiting the boats head first, Anstruther beat North Berwick back to shore by the narrowest of margins. Unfortunately for our friends across the Forth, they had neglected to swap lifejackets at the changeover leading them to incur a 30 second penalty and North Berwick to be the first winners of the relay trophy.

Revenge is sweet indeed and it was a contented NB contingent who made their way home after an excellent day's racing. Many thanks to Porty for being excellent hosts and for laying on such fine weather.

Eleven hardy souls set off in the brilliant sunshine which changed to Scottish monsoon before lunch. Teriffic atmosphere at Greenock with our friends from Royal West, Queensferry, Anstruther and Troon along with those crazy Dutch guys who were camping in the garden. Success in the first long race saw a mixed crew of team Robertson (Phil, Sheena, Elisa, Finlay) and Medium row in some pretty challenging conditions to win by 40 seconds. Further success in men’s open and mixed open. 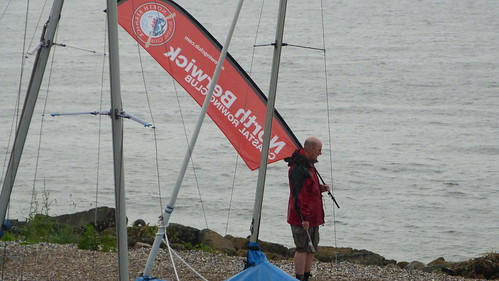 With most spoils being shared between ourselves and a huge contingent from Anstruther who brought two boats and  just pipped NBRC to first place losing by two points. A certain unnamed club member (Ed: Judas Sanderson) was toast of the journey home due to rowing in the men’s 40 plus for Anster and securing the elusive points.

Skiff Watch (SW) very much enjoyed watching the fourth NBRC Trades Cup last Thursday (29th May). 7 teams of novice rowers representing various organisations from in and around North Berwick competed in a series of heats and finals over an out and back course of about 4 minutes. The 7 teams were...

NBRC provided three skiffs and an experienced cox to train the novice crews, although SW notes that not all crews took advantage of the training available, and perhaps some wish they had done a little more before hitting the start line. 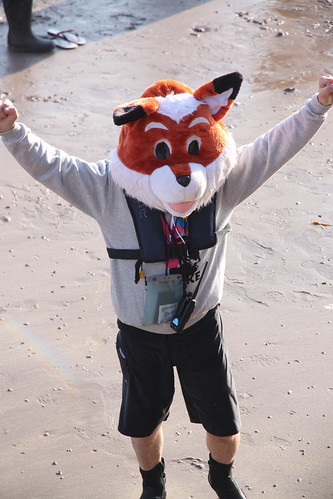 The racing was fast and furious although equipment failures meant that the finals were a series of head-to-head races in the two remaining boats.

A pod of dolphins joined in the fun, although to the detriment of Humble Pie who, mid-race, veered off-course to go dolphin watching to the benefit of their opposition.

Foxlake Adventures rowed with discipline, style and speed to win the event with the fastest time of the night.

SW observes that the incumbent convenor of NBRC has a 100% record of coxing Trades Cup teams, having won three of the four Trades Cups(and not competed in the other one). 2015 crews should bear this in mind when selecting their cox. 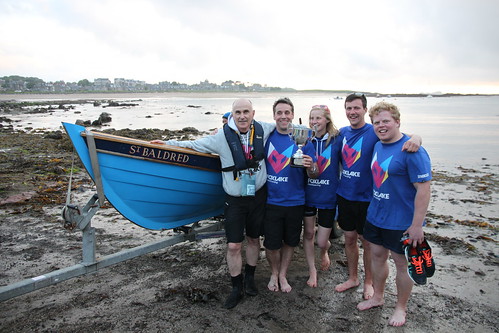