On Friday 17th September 5 intrepid adventurers (Duncan, Ross, John, Jacque and Ann) set off from North Berwick heading to Fort Augustus to take part in Monster the Loch III, a 21 mile row on Loch Ness from Fort Augustus to Dorres Beach along with 86 other human powered boats. The weather was wet on Friday evening but changed to sunny and calm for the start of the race early Saturday morning. 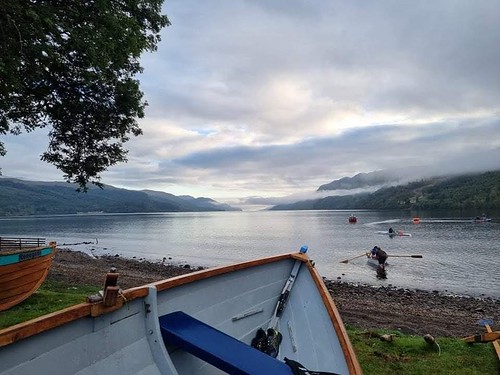 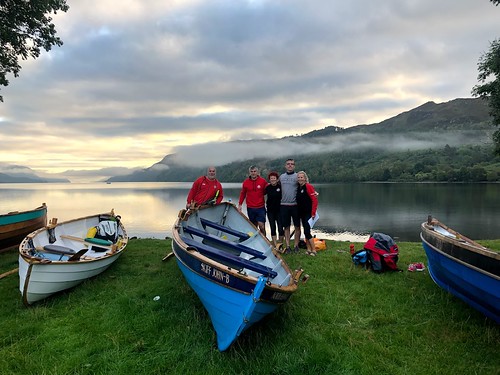 
Click here to see a video of the start

We were among skiffs, yoals, outrigger canoes, 8's, double skulls, kayakers and 2 Sups and the field quickly spread out with the 8's and outriggers speeding ahead. We managed to complete the row in 3 hours 58 minutes with Ann and Jacque taking turns at coxing whilst the men put in full effort for the whole 21 miles.  There were a few blisters and aching muscles afterwards but the were overshadowed by a huge sense of achievement, not to mention the medal and t-shirt!

A few more photos can be found here

One of our members, Laura Cram, is leading a donation-based online yoga class on Sunday 5 September from 5 - 6pm.

Treat yourself to a gentle workout for mind and body and a nourishing relaxation all the while helping to raise funds for Five in a Row's epic Talisker Whisky Atlantic Challenge. Our awesome rowing club colleagues will shortly be rowing 3000 miles unsupported across the Atlantic to support and raise awareness for Reverse Retts.

This all levels online yoga class is suitable for everyone, including absolute beginners. There is no ticket price, just whatever you can offer to support and help a worthy cause.

Please share with friends and family, rowers and non-rowers - all welcome.

To find out more about Laura and her approach you can find more information here. 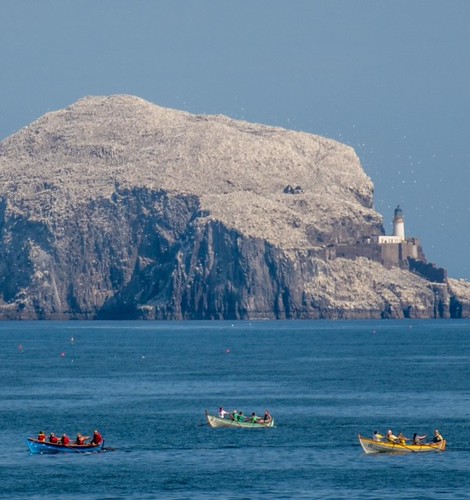 Our annual regatta is returning this year. It will be in a slightly different format and will be a "Regatta Lite". Although there are a series of races the emphasis is on having fun and rejoicing at being back on the water with our skiffie friends. Instead of rowing round the Craig races will start in the east bay with a finish line at the point of the Platcock Rocks and will cover a distance of approximately 1km. We will be joined by skiffs from Dunbar, Eskmuthe, Port Seton, Row Porty, Eastern and South Queensferry.

The day will start with the Row Around Scotland baton arriving with a crew from Port Seton. Information about the baton's journey can be found here. We will be rowing the baton on the next leg of its journey to Dunbar on Sunday.

The races start at 11.00 and the last race will be at 15.00. If you are not rowing do come down at some point during the day and soak up the atmosphere. The best place to watch the whole course will be from the walkway above our store at the north end of the dinghy park. 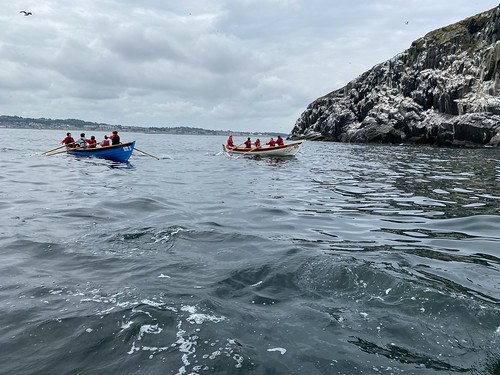