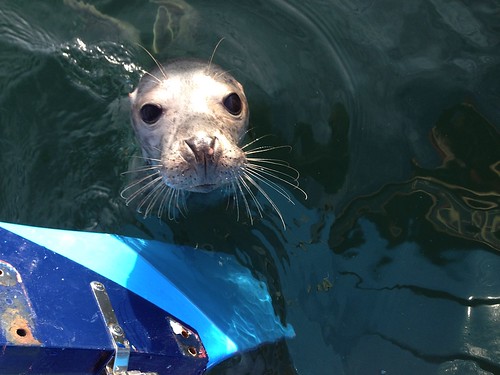 This crew is heading to Cork for the Ocean to City race end of May.....getting some training in the evenings when we can...thanks to Steve's fisheye lens our cox Frazer looks normal size....he's actually Tom Thumb Tiny 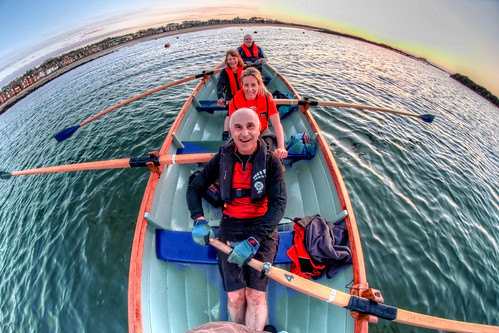 Evening rows can be even more enjoyable, made it out to the Bass Rock tonight to watch the gannets feed. 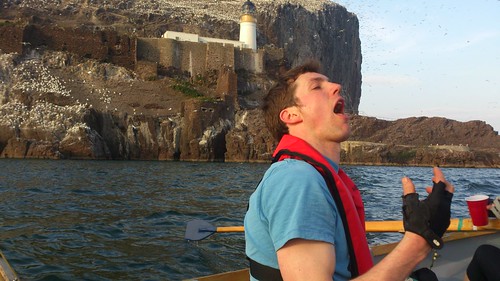 After a long and windy start to the year NBRC is back on the water at all daylight hours, this is a sunrise row and yes the sun rises at 6:30am, what better way to start your day before pressing your nose back on to the grindstone. 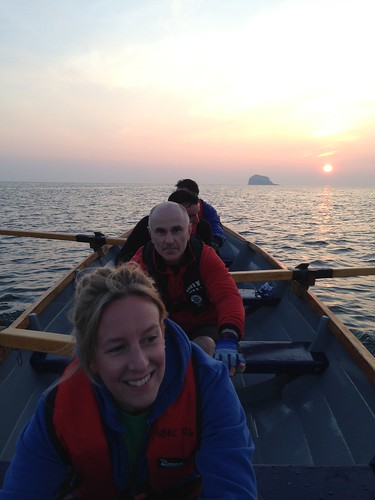 It has to be said a rowing event at Foxlake is definitely a regatta with a difference, especially at the John Muir Winter Festival. For starters the lake has swimmers and wakeboarders; the latter in their underpants apparently for charity, then there's the running dogs pulling owners along in liquid mud and the cycle races routed through the beer and crafts tent for entertainment.  It was great fun being part of it all. Four East Lothian coastal rowing clubs were there, it's a short circular course with only centimetres to spare between the bank and fixed wakeboard jumps when using 14ft oars, so not easy for the coxes. Just as the rain came on at lunchtime there were festival goers eager to try rowing so Eskmuthe and NB took them for a spin. 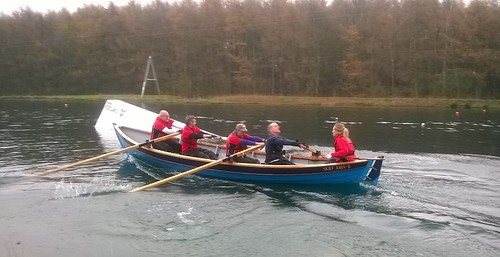 
There were 3 classes: men, mixed and ladies. Port Seton won the first two (so overall) and NB ladies of a certain age came first in their category. The prizes were tokens for use at Foxlake so hopefully a chance for an inter-club party in future. Huge thanks to Jacque for organising us all and to Foxlake for the seasonal mulled wine and great craic over the microphone.