Saturday 21st September saw North Berwick Rowing Club adventure south across the border for a “social row” up The Tweed. With only an hour’s drive to reach the start line we were relaxed and jovial on departure. The sun shone and the warm sandy beach glowed as each of the 12 clubs slid their boats into the calm water of the river. Everyone expected an easy and maybe slightly boring row. 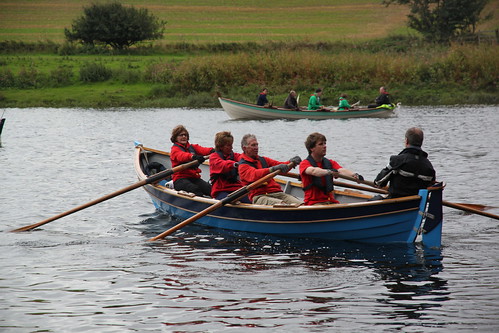 Not too early a start, to probably the furthest we have travelled for a day event. Both skiffs, and Speedwell riding piggy back, made the journey down to Dumfries and beyond, which went by quickly with plenty of chat. The day was sunny and raining but not much wind. We arrived at Glencapple to re fuel our energy levels at the lovely wee cafe whilst having our briefing, and were given directions and maps whilst enjoying the views over the estuary of the Nith. 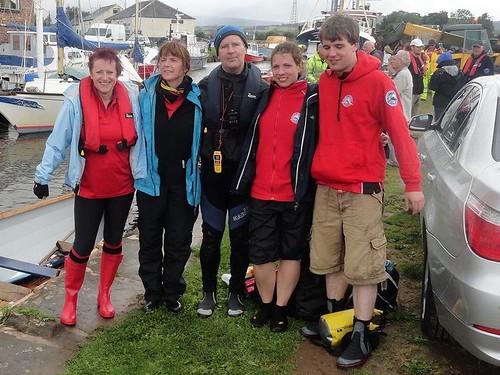 What a great day we had for our regatta, OK there was a bit of drizzle later on, but the sea was calm (ish), the wind was down, and the beach was a hive of activity with Sailing, Rowing and the annual North Berwick Raft Race all going on.

13 rowing clubs visited North Berwick for the regatta which was around the usual course of Craigleith and back. In previous years conditions have tested the rowers endurance, but this was a year for fast rowing and the race was on to get to the rock first. Having been around the rock countless times our own crews were able to use familiarity to great effect winning several of the races, full results are here.

Winners of each race were :-
Click on the photo below to see the whole album of photos 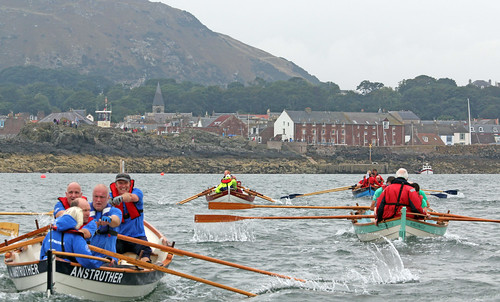 15th August saw the third North Berwick Rowing Club Trades Cup. The rugby club were back to try to regain the trophy that they have won the previous two years and were joined by the lads from Space, plus two new teams for 2013, the Physiotherapists and the RNLI. None of the teams had any rowing experience but were given some coaching sessions to teach them the basics. On the night we had two heats and a final, teams were handicapped to allow fair competition between the genders. In the first race the Space crew held their nerve and showed some style to hold of the rugby boys and get into the final. In the other heat the RNLI just managed to reel in the Physiotherapists who had a head start with the handicap system. So the final saw the RNLI against Space and the RNLI showed some fitness and style to win at their first attempt. Great effort from all the crews and we look forward to another event next year when we will have three boats to race. 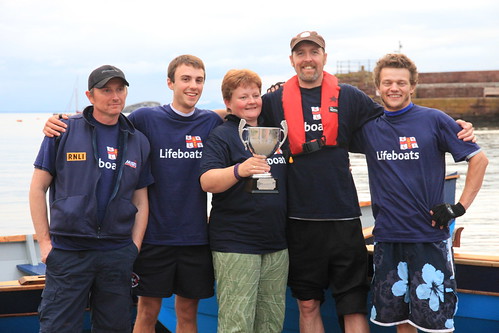 Seeking a gentle warm-up for the North Berwick regatta, an intrepid NBRC contingent went south of the border, down Newcastle way on the 17th of September to take part in the second Great Tyne row. This is, as the name implies, a row along the river Tyne starting in rural surroundings to the west of Newcastle, passing through Newcastle itself and ending up at Tynemouth. Both skiffs went down accompanied by a newcomer, Speedwell, a Teifi double skiff belonging to a syndicate of club members and making her second outing under her new ownership (the first having been a brief practice the day before). 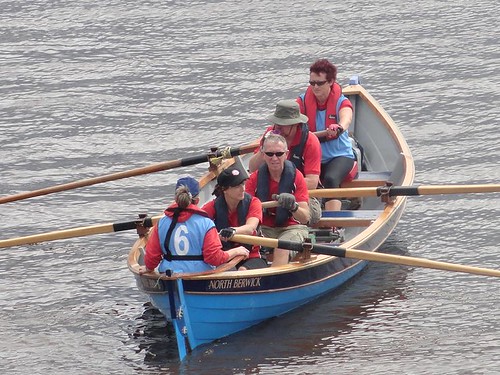