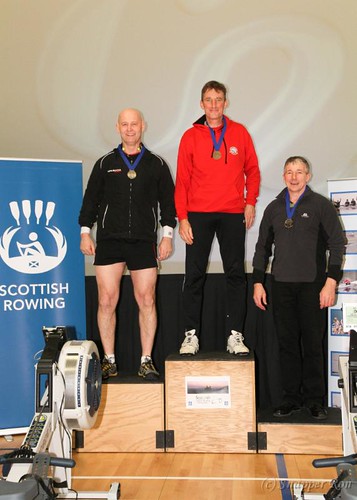 Loony Dook Kicks Off the 2013 Season

Despite pessimistic predictions from the meteorological section of the club, 1st January saw the 2013 N.B.R.C. rowing program get off to an excellent start with two crack crews under the stern command of Robbie 'world championships? what world championships?' Wightman setting forth in the Skiff John B to  put on a fine show of precision rowing in front of the large crowd assembled for the traditional New Year's Day Loony Dook. The John B, which thankfully seems to be unaffected by its recent adventures, then provided a fine platform from which to view the idiots^H^H^H^H^H^H doughty spirits taking part in the dook, amongst whose number were several members of N.B.R.C. easily identifiable by their permanent blueish complexion and mild cases of frostbite. The John B was then returned to its temporary berth on Anchor Green  and as a precaution against further effects of exposure, several medicinal  libations of an alcoholic nature were consumed.

All in all, an excellent start to the year and it is to be hoped that the favourable rowing conditions will continue and that we will see many more members showing up to the Sunday club sessions.

A very high tide and huge swell last night (3:00am 15 Dec 2012) wrecked North Berwick Dinghy Park and swept our beloved St Baldred into the harbour where it has suffered severe damage, losing its bow section. Skiff John B appears to be only superficially damaged although a full inspection is still to take place. The trolleys and store room were also badly damaged, in some cases probably beyond repair.

NBRC will rally to repair the damage although needless to say we may not be rowing for a wee while :-( 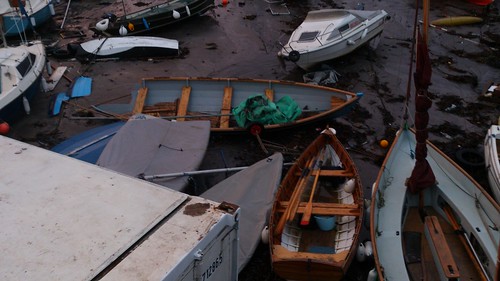 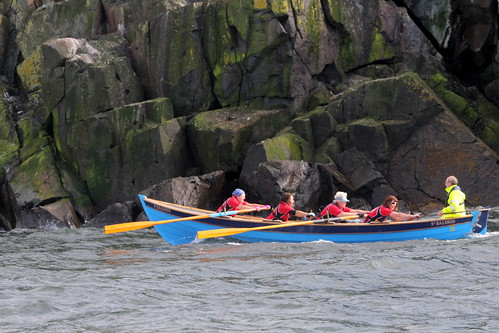