NBRC headed to the North East, to Portsoy, on the Moray Coast. Skiff racing there is only a small part of a traditional boat festival (fewer beards and brown sails than you might imagine, but lots of music, food, and busy crowds of happy people). I never got to meet the person on the PA, but he sounded very posh, and that lent a veneer of respectability, bordering on aristocracy to the event. What I do remember is that this was the 23rd year (or maybe 25th, anyway more than 20) that the festival has run in succession - and we were suitably impressed.

NBRC brought a small crew of 10 people and we struck lucky this year, the weather was never worse than a little bit overcast but for the most part was sunshine and calm(ish) seas - perfect for coastal rowing. 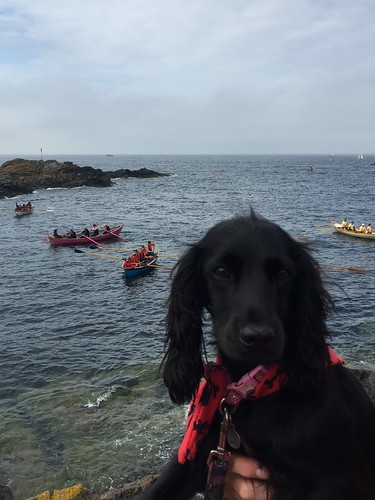 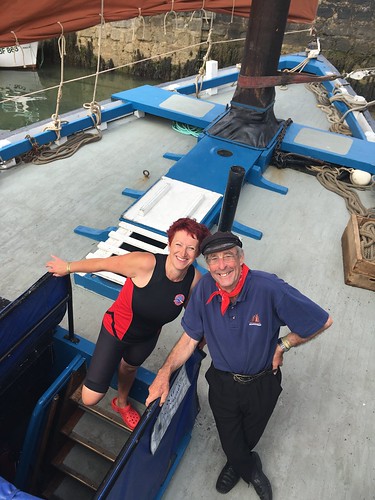 There was a busy days racing on Saturday, starting with 2K races, before shifting to 750m sprints which were held in heats culminating in a final between the 3 fastest boats. So it was against the clock, NBRC won a few, came second in some, and were pipped in others by the smallest of margins (our ladies came second in a 2K race by 1 second!)

Saturday night was spent camping and discussing the Euro referendum and despairing at the prospects for Mister Cheasie Peasie and his travelling selection of delicious and very expensive French Cheeses (we will miss Cedric from NB - bon courage mon brave). Medium John held court, as he offered us solace with his vision of a new future whilst simultaneously propping up the local economy by buying all their fish and chips.

Sunday was aptly named, as the local boys called taps aff to show their skin and ink, and the skiffs enjoyed racing in the sunshine. We sent out our second string mixed open crew, but they did well in the opening 2K race and secured a strong win, we followed that up with a dead heat in the Men's 40+ and various other medals that I can't recall.

You may have seen the recent sad news that one of the great characters of Scottish Coastal Rowing, Andy Jarvis, recently passed away. In memory of him, the last race of the day was a 2K mixed race with scratch crews in every boat mixing rowers from all clubs in unfamiliar boats. Which was a lovely end to the racing.

What a great weekend,  thanks to our hosts - Portsoy, and from our own club, special thanks to Claire Simpson for towing our boat.