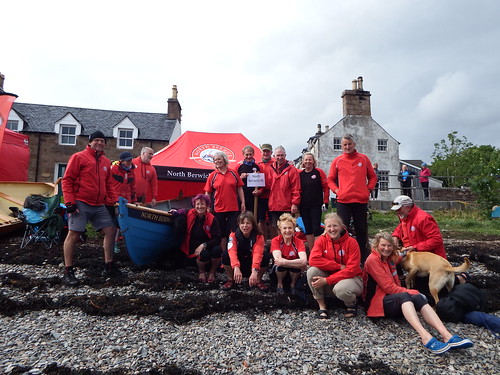 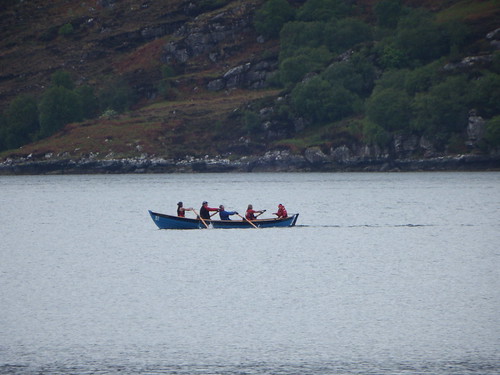 What a wonderful weekend, the hardy-and you had to be in thoroughly inclement conditions- dozen North Berwick skiffies did their team, town, county and country incredibly proud, securing podium places in several categories. It wouldn’t be a regatta without plenty of drama on and off the water, near clashes of oars at turning bouys and interesting conversations were overheard from the umpire boats. “Can we meet on the beach for a private chat” was one such comment, leaving those who had crossed the finishing line biting their nails, in anticipation of a DQ! This was Ullapool however and the hosts were generous and kind and as delighted to be hosting a regatta, as we were to attend. North Berwick came 2nd equal overall, inextricably linked with Eastern (Easter Berwick?)however an extra point or two might have been gained, had two of the 60+ ladies not been “poached” to make up a composite crew- They know who they are and will remain nameless. 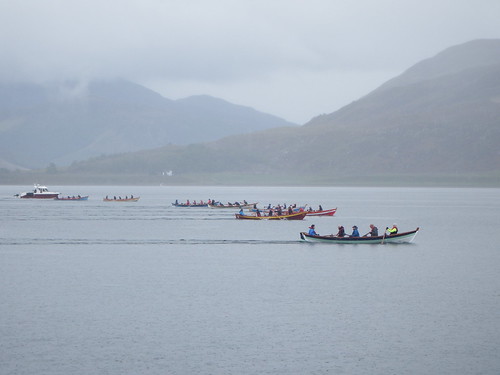 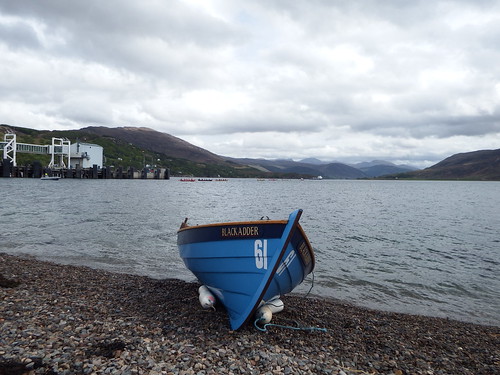 The racing was challenging, on Saturday there was a strong wind and lively loch, on Sunday flat calm, but with constant rain and visibility coming and going. Buoy turns, it would be fair to say, are still a work in progress and there were one or two incidents, when manoeuvring out of fairly tight spaces, but the rowing was terrific fun, highly successful and the team pulled together with excellent camaraderie. Sadly our gazebo was found in an intimate embrace with a give way sign, after a night of strong winds. Our hosts, who happened to be passing early in the morning were able to scaffold it, well done them! Plan B a requirement for the Netherlands! Wind, rain, babies (Luka is simply adorable- a teeny rower in the making), puppies, cake-lots of cake, climbing over walls whilst over-refreshed and unable to walk the extra 100m or so back to the tents, soggy feet and bottoms and a delightful Sunday morning row across a flat Loch Broom before the rain are all happy happy memories of a delightful weekend in the best of company, with the best of hosts. Bring on July 2023.

More pictures of the day can be found here