After looking through hundreds of suggestions from the pupils of Law Primary and whittling them down to a shortlist of six, North Berwick's community boat builders and future representatives of the town in rowing races against their neighbours have chosen the name "St Baldred" to be given to their first "St Ayles skiff", a four oared coastal racing rowing boat which is nearing completion.

Baldred was the first inhabitant of the Bass Rock. He came to East Lothian from Lindisfarne in the 8th century to convert its heathen inhabitants to Christianity. He used the island as a retreat for prayer and meditation.

By reputation Baldred is North Berwick's strongest oarsman.  Legend has it that there used to be a rock midway between the Bass and the shore, which caused many vessels to be wrecked.  Baldred got a buddy to drop him off on the rock (might have been Chris Marr), and he then proceeded to row the rock in towards the shore, and left it safely out the way, just to the East of the South Carr rocks.

The rock, now known as "St Baldreds Boat", can still be seen today but is no longer a hazzard.

For many years a passenger launch called "St Baldred" took tourists on trips from North Berwick, in the way that we are all used to Sula doing nowadays.
Thank you to the pupils of Law Primary who came up with many and varied names, all of which made an impression on the members of the community involved in the build.  In particular thank you to several pupils who suggested St Baldred, and to the pupil who suggested "Fidra Flyer", which came a very close second.

Now we need to take inspiration from Baldred, and show his determination and strength, when we meet crews from Dunbar, Port Seton and futher afield this summer, in the first ever St Ayles skiff Coastal Rowing races.

NB001 inside hull sealing and undercoating commenced.  The temperature in the shed has still been cold this week and this has had an effect on the time taken for the sealer and paint to dry.

The keel for NB002 is being worked on in the workshop.

NB001 inside hull is now sealed and the first undercoat has been applied. The filling of bumps and dents of the inside planking is now underway before the top coats can be applied this week.
The seats are now in the process of being cut. 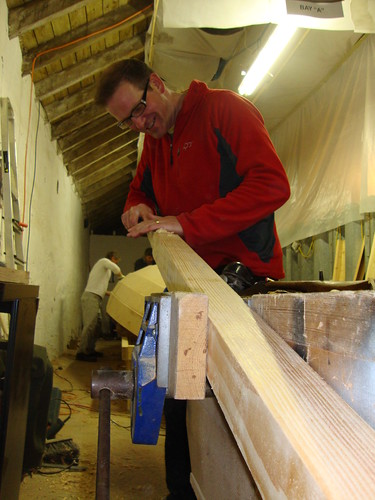 Progress has been made on NB01 with the inside hull now sanded and ready for the painting process to commence.

The keel for NB02 is being manufactured in the workshop

NB001 inside hull is now sanded and ready for the painting process to commence. The first batch of sealer and undercoat has arrived and a coat was applied this morning.

The templates for the seats have now been completed which will allow the seats to be manufactured for both boats. 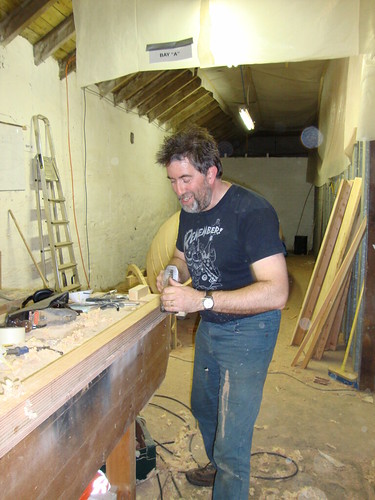 NB001 top inner rail is now completed installed. Frame tops installed and templates being made to allow the manufacture of the beams and thwarts (seats). Note this work will not prevent the painting of the inside hulll when sanding is complete.

NB002 planking has gone to schedule this week and is now 100% complete. 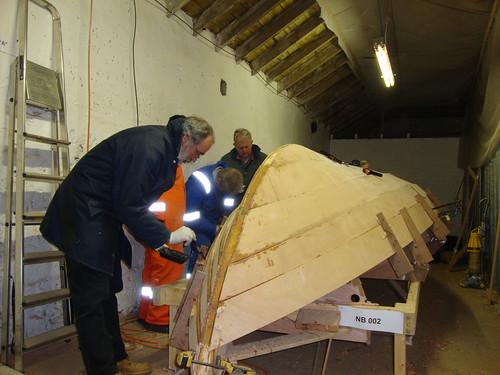 General:  Things moving along at a nice pace again on both boats with oar manufacture now commenced.  The air temperature is steadying rising which should allow the painting to commence once NB001 inner rail and frame tops have been installed.

Details:  NB001 top inner rail is progressing well as its 2/3 installed.  NB002 is having plank 4 (both sides) bevelled and ready for installation during Wk 13. 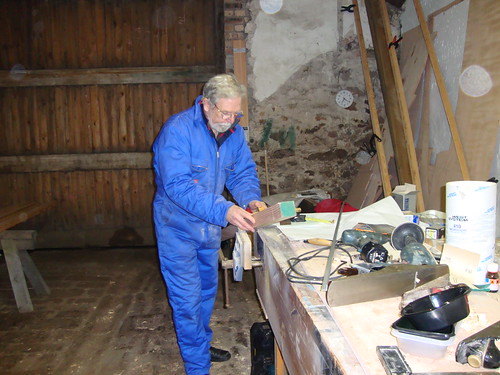