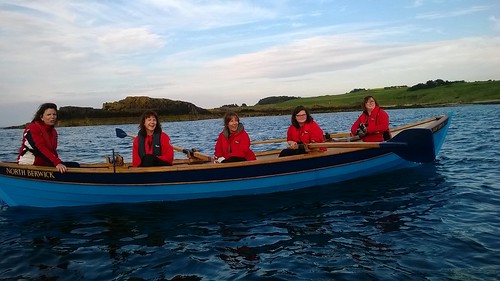 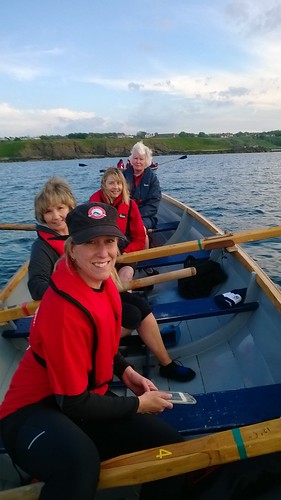 NBRC took part in the Ocean to City  long distance race in Ireland, bringing home silver and gold. The team of four men and four women journeyed to the Emerald Isle, where they met with over 100 participants rowing in everything from wooden working boats, currachs, skiffs, gigs and longboats to kayaks and racing shells. 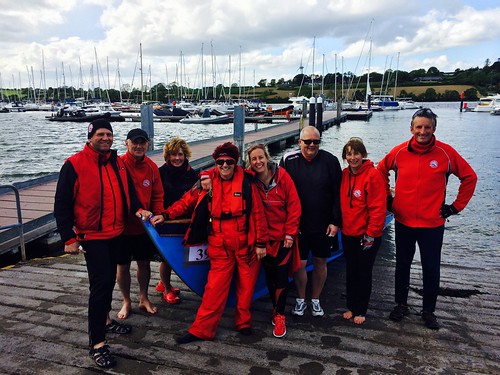 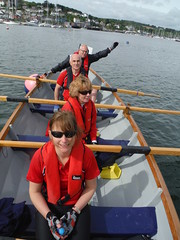 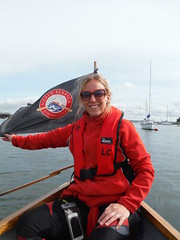 A mixed crew (Lizzie Cowan, David Davidson, Rachael Porteous, Louise Presslie and Steve Thomson) rowed Skiff John B around the Ocean Course of 28km from Crosshaven to Lapp's Quay in Cork city, (check out the GPS route. They won second place in the Mixed Crew category overall behind ‘Edermine Ferry’ of Cork's currach club Noamhóga Chorcaí. Amongst the seven St Ayles Skiffs that attended from Coigach and Ullapool (Scotland), Blakeney (Northumberland) and Strangford and Portaferry (Ireland), the NBRC ‘Skiff John B’ crew picked up the trophy for second place behind a men's crew from Achiltibuie.

Coxed by Jacque Turner, John Irvine and Robbie Wightman rowed the City Course 22km from Crosshaven to Cobh and in to Lapp's Quay in ‘Speedwell’, a Teifi Skiff. The pair sculled the skiff to win first position in both the Veteran Crew and City Crew categories.

NBRC travelled to Amble in Northumberland to take part in their inaugural regatta. The 1st of June gave us cloud, wind, rain and a very, very little bit of sun in the afternoon for a fairly low key affair with only one mixed sprint event, with heats, semis and a final. Neighbours, Dunbar and Eskmuthe travelled together with relatively new clubs from Alnmouth, Blyth, Gosforth, Gateshead and Whitburn. 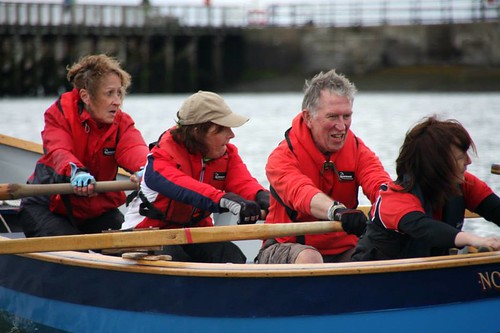 The Blackadder crew was probably the most experienced on the day for short, sharp course which had similarities to Port Seton. However, even the novice crews, often with good coxes, put up very impressive performances resulting in all clubs finishing the first heat within a few seconds of each other. We went through to the semis with the second fastest time to meet Eskmuthe in the decider. Jeannie in bow, Norma, Sandy, Sheena in stroke and cox Claire pulled out everything to challenge Steedie Falconer and were absolutely neck and neck around all the buoys but at the line, down by half a second on a four minute race. A great day for Eskmuthe because it was their first regatta win and for a couple of their crew their first race.

The planned afternoon event, a social row out to and around Coquet Island, was cancelled because of the high winds and substituted for a fresh water row up the River Coquet. The flotilla of skiffs had a stiff pull against the river and wind for the first part but were rewarded with an easier row up to and around the very prominent Warkworth Castle. Crews then alternated and changed for the row back down river.

A good day for NBRC members meeting and socialising with other rowers and supporting Amble RC in their first successful regatta.

NBRC has weekly social rowing opportunities to go out and explore the local rocks and wildlife.....nice weather last week as summer mad a brief appearance in North Berwick 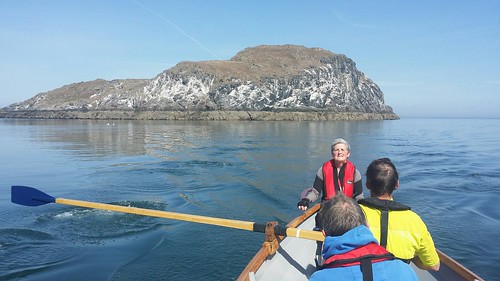 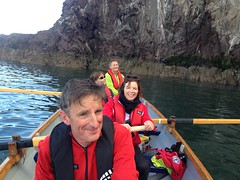 Sanity row to the Bass 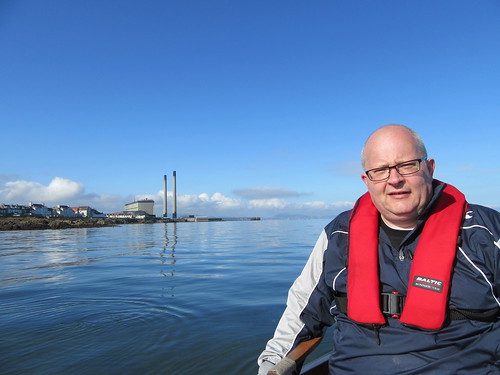 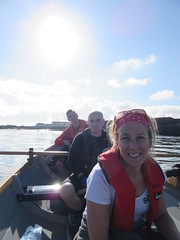 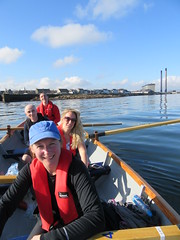