The temperature on leaving North Berwick was a balmy 13.5 degrees Celsius, however this was not mirrored over in the West, where, for the first several hours, warm clothing was not only desirable, but essential.  The welcome team NB received however was warm and welcoming, as we have come to expect from our friends in the West. 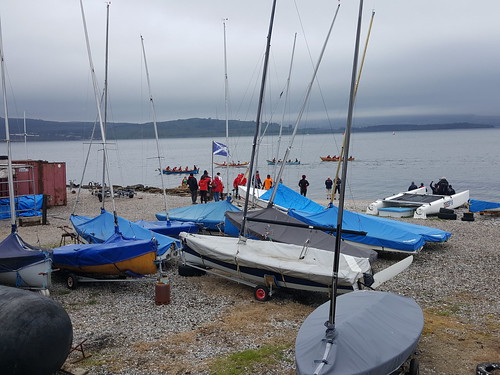 North Berwick acquitted itself with aplomb and commitment and enjoyed enormous success on the water, despite some underwear malfunction and poorly scheduled toilet breaks. Although we were a few days late for a pod of Orcas, we were treated to close ups of several porpoises, less close up (thankfully)views of a passing submarine and a significant wake from a pilot boat, which made for a very exciting finish in one of the races. 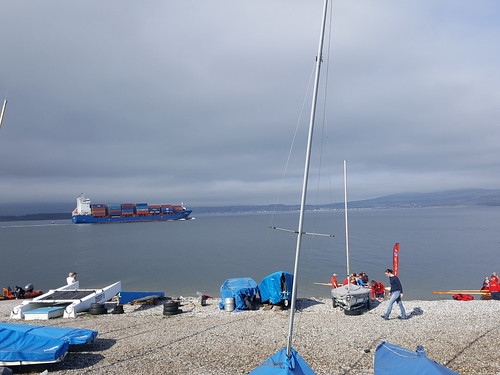 Sufficient points were scored to secure the return of the silver salver to the club for another year.  Other highlights were observing the Cowan boys at play, completely absorbed in the business of gathering industrial quantities of seaglass.  It is with great interest that we anticipate the arrival of a unique piece of art, with which to embellish our boat house! 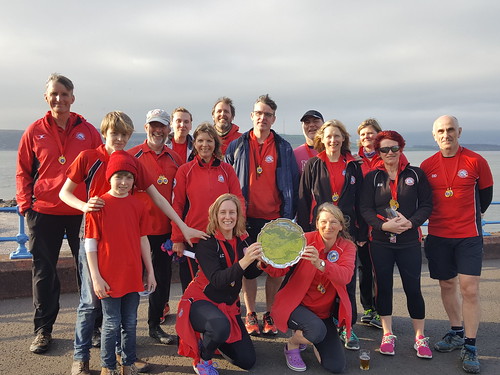 Once again, great rowing, excellent company and cameraderie and wonderful organisation, thanks to all who made it another joyful regatta!