NBRC Juniors at the Worlds

What an incredible week for the North Berwick Junior crews at the Skiff World Championships last week on Strangford Lough. Many of our youngsters had only taken up rowing this year, we started teaching them to row back in March, but they had never raced so we had no idea what to expect at the Worlds. Not in our wildest optimism could we have foreseen the results that were achieved.

Next up was the U17 boys, we only had three boys so borrowed Frank from Crail to make up a crew. It was a straight final with 8 boats racing over 1K - we were delighted to get a bronze medal. 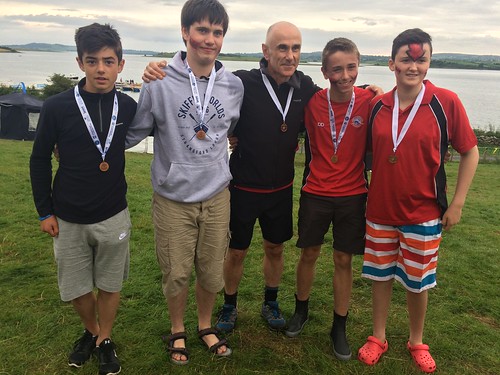 Then it was the mixed U19 final with 10 boats in the final, Gregor’s third race of the day.Having qualified 4th in our final we were just happy to be in the race, but once it started no other crew was pulling away from us. With Heather setting the stroke she kept a long stroke and from the coxes seat I could see that other crews were losing their form, and there could be a medal for us. With Isla and Cameron behind Heather providing the power and Gregor keeping the boat balanced from the bow, we started to pull into the lead, and crossed the line 6 secs ahead of second place, unbelievable and first gold for North Berwick. 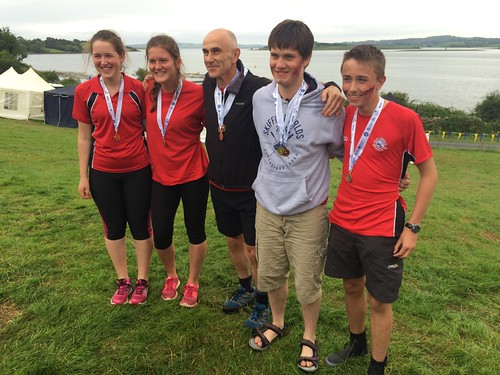 Thursday brought another untested combination with Heather, Connor, Saskia Drijver-Headley-and Gregor going into a straight final of 9 boats for the U17 mixed. This time we knew we were in a dogfight (with Dundrum, a local club who went on to be overall winners) and pushed desperately for a second win only to be pipped by one second, so now we had 1 Gold, 1 Silver and 1 Bronze, and the squad was buoyant. 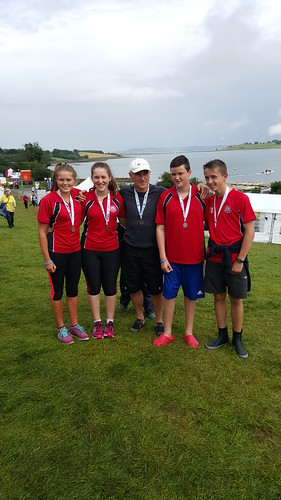 On Friday the woman’s U17 was a straight final, with Heather going for her third medal, on paper this was our strongest crew with two 16 year olds, a 13 and a 14 year old we were closer to the age limit than any other crew we entered. We set off well and dropped a number of the other boats, but from the coxes seat I knew we were in a battle with Portsoy on our port side, with only 250m to go we were down, in second place behind Portsoy, but we’d just had a silver and wanted more gold. Heather increased the stroke rate for the last 250m, Saskia L in three, Saskia D-H in two and Kirsty in the bow went with her, everybody maintaining the long stroke that can so easily shorten when the rate increases. We crept up alongside Portsoy and with 15 strokes left we nudged ahead to finish 1 second ahead of Portsoy and get our second gold, brilliant! 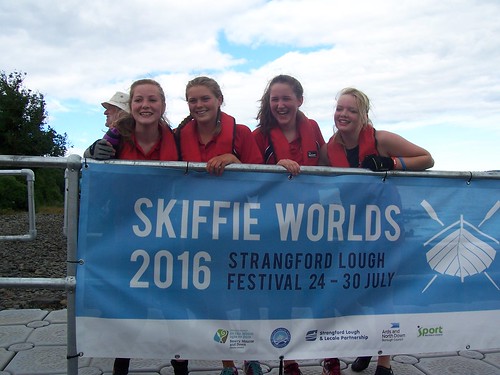 The last junior race that NBRC entered was the U19 girls on Saturday, Saskia D-H had headed home with her two medals, and Isla Wightman stepped in to row with her sister, Heather (going for her 4th medal), and with Saskia L and Kirsty. Now, expectations had been reset - the girls liked medals and confidently chased after another one. It was a straight final between 7 clubs. North Berwick were strong, and never let go an early lead finishing 30s clear of second place, a third gold for the NBRC juniors. 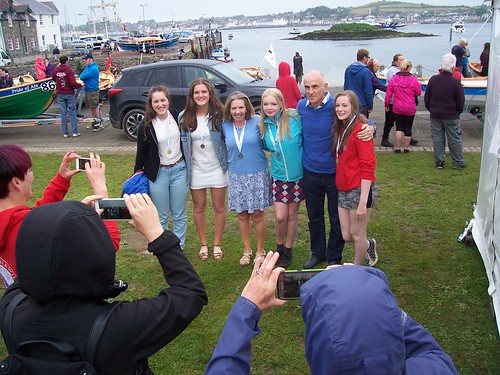 Apart from the races that we entered, a number of our juniors were invited into other crews who were short handed. Part of the experience of an event like this is to make friends in other clubs, and find out what it’s like to row in a different boat.

If we hadn’t won any medals, we’d still have enjoyed it, as most of the juniors had never raced before, the camaraderie, competition and atmosphere alone would have made it a memorable experience. But it doesn’t half feel better to go home with a clutch of medals.