An NBRC crew, coxed by David Davidson, spent a couple of chilly hours of the evening of Wednesday 11 May working with an RNLI crew, led by Simon Cowan, on techniques that could be involved in the rescue of a skiff by a lifeboat. A small but hardy bunch of members braved the biting east wind to watch from the quay wall.

This is a summary of what we tried.

Recovering person from the water

Letting off a smoke flare

First decent evening of the year, better late than never, there wasn't a woolly hat in sight and we had boats on the water from 6:00pm until dusk...starting with juniors, then a mixture of crews with some training for the forthcoming World Skiff Championships at Strangford Lough and other crews out for a leisurely paddle on a calm evening 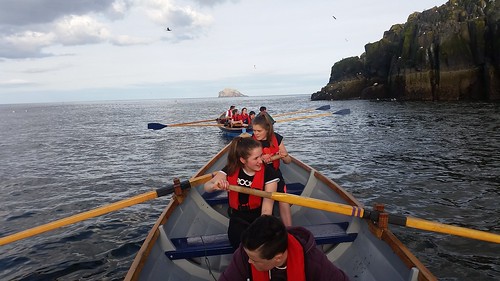 We started the junior rowing for 2016 last night, the future of NBRC is right here. Some of the youngsters had rowed a little before but most had not been in a rowing boat so, after covering the essentials of safety and a little technique, we took them into the bay to start them off on the basics of rowing...in future weeks we'll be able to get our to Craigleith and see the puffins and seals, and once they get used to rowing we'll be able to get further.

Junior rowing at NBRC is open to all children aged 14 or over, contact <a href="mailto:This email address is being protected from spambots. You need JavaScript enabled to view it.">David Davidson</a> if you are interested in joining in. 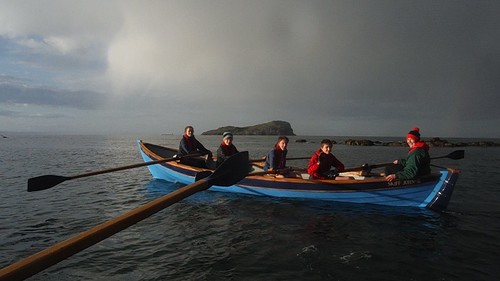 Yes Spring is here and NBRC have been busy on and off the water, too busy for this Web Wallah to keep up to date, soz.

In Feb we had a very well attended quiz night raising funds for the club - see if you can guess the theme from the costumes. Although your Web Meister was hoodwinked into playing his joker on a round titled "Numbers" which required absolutely no mathematical thinking, and since we didn't know how many beans are in a 250g can, we did not do very well :-( 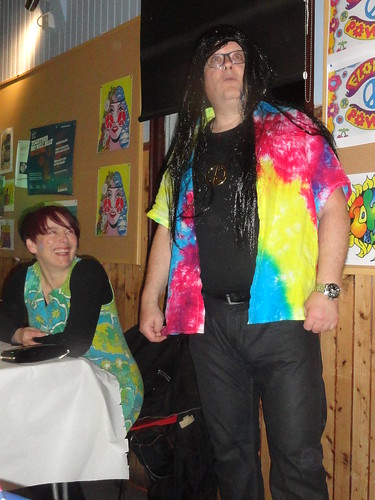 Now it's March and officially Spring, so given this is Scotland, it's time to invest in some new knitwear, modelled here by some of North Berwick's finest 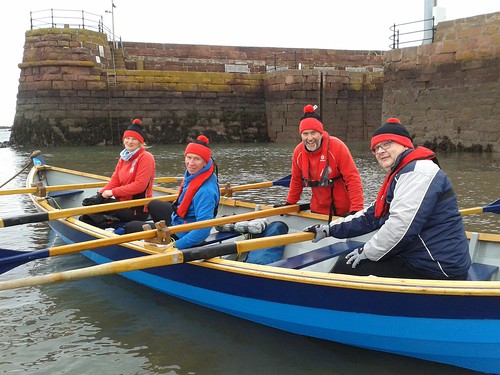 Easter Friday brought a sunny day with enough wind to remind us that we're coastal rowers, but benign enough for us to send a crew out rowing a return trip from North Berwick to Dunbar, 20 miles, and we have the GPS tracked route to prove it :-) 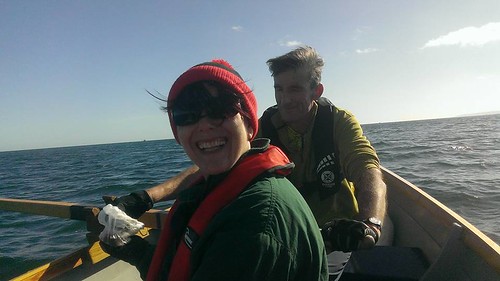 Fun in the West Bay

It was a bit wild out in the Forth this morning, so any outings were confined to staying in the bay going round and round the buoys. To get anything out of this you have to empty all deep thoughts and adopt the mindset of a hamster on a wheel, or a goldfish in a bowl. Fortunately we have just the crew for this job. 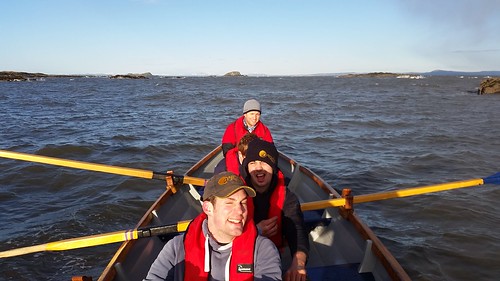