Both boats out on New Year's day prior to loony dook. 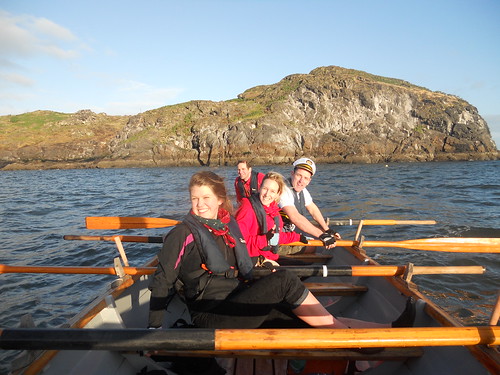 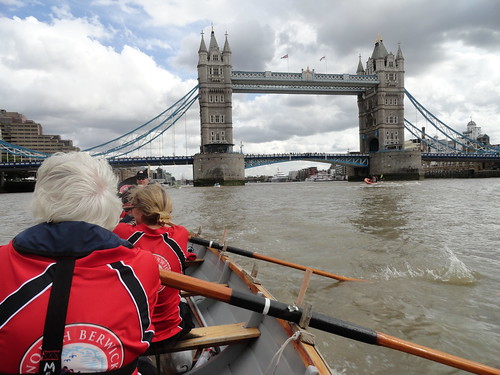 Prototype of the new Wemyss Skiff being given an outing at Port Seton / Cockenzie. 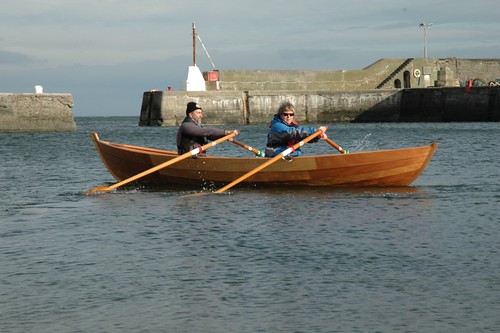 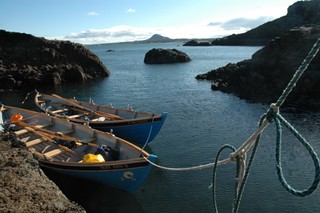 Clubs from East Lothian and the Borders met on neutral waters for a Championship Regatta on Saturday 1 October.  Conditions were flat calm on Whitadder Resevoir in the Lammermuir Hills.  Cockenzie Port Seton dealt with the altitude best!  They had wins in the East Lothian Championships against local rivals Dunbar and North Berwick in Mixed and ladies open, and Mens and Ladies over 35.  North Berwick won the Men’s Open Title and the Over 5o mixed the latter giving the most exciting racing of the day with Dunbar taking an early lead before being overhauled.

The Borders Championship was decided in a one off race, with St Abbs coming in just ahead of an enthusiastic but as yet inexperienced crew representing Eyemouth.

In the Under 19′s Race, Cockenzie Port Seton led home a North Berwick/ Eyemouth  composite crew, and a crew of youngsters from Duns enjoying their first outing in a St Ayles.

A sociable day of friendly competition was enjoyed by all. 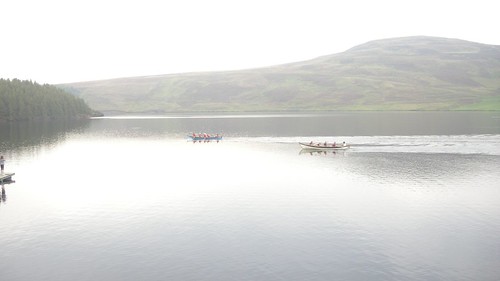