On a sunny autumn morning the intrepid "North Berwick Ten" made their way westwards in good heart for the Largs Regatta. Crews from around Scotland were joined by an Irish crew from Killyleagh and the crazy Dutch of Woudrichhem who had bought two racing Skiffs with them bringing a total of 14 Skiffs competing.

So first the facts;

First up for NB were the <220 Mixed crew. I'm not going to lie this Author panicked a bit as he initially thought that the category referred to an individuals weight limit in lbs. Happily for the said Author the 220 actually referred to the combined age of the crew so pulse rates soon returned to normal and he was able to take part.

The <220 mixed crew went out hard and in what ultimately turned out to be the fastest race of the day and, with less than 3 seconds separating the top 3,  secured a bronze, the Gold going to those pesky Dutch. This set the flavour for the day with the Dutch dominating the regatta in the same way as the great Ajax team of the early '70s did. 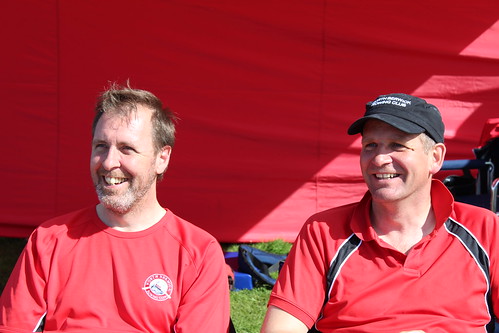 Bronze medals also came the way of NB in the mixed decades and >200 mixed crews before the weather whipped up the waves into a more NB friendly state and the Women's Open crew waltzed effortlessly through the field for the first Gold of the day.  A truly brilliant row.

The Men's Open also looked set for Gold after a blistering start - and indeed were initially awarded first place - before it went upstairs to the TMO who looked at a frame by frame replay, announced a dead heat, and awarded the Gold to the Dutch! To be fair I think they probably did nick it in literally the last stroke.

So the "North Berwick Ten" ended up as overall runners up with You-know-who the deserved winners.

However the NB medal haul hadn't finished as throughout the day there was a separate onshore 200m ergo competition for those who wanted to have a go.  This led to young Sam Cowan winning the under 19 men age group, Lizzy winning the 40-49 women age group, Simon not winning and letting the family down, and Captain Jaq winning the 20-29 women's age group (ok it was another age group but I'm hoping to get picked for future regattas) 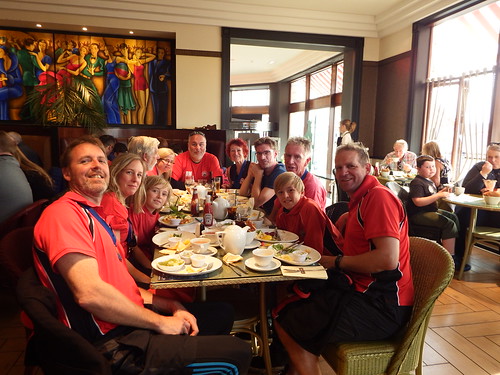 Of course thanks for another great regatta go to the FOCCRs