This year’s Freshwater Sprints took place at Loch Tummel on October 29th. Each year rowers from all over the SCRA ‘world‘ are encouraged to attend, to coincide with the SCRA AGM.

The scenery was breathtaking-autumnal colours, flat water and a midge or two! This was a fine venue and we were made most welcome by the local sailing club which supplied us with excellent facilities and splendid food and drink. 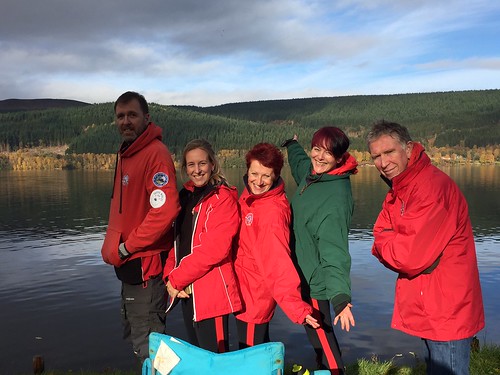 Ten rowers from NBRC, along with rowers from S. Queensferry, Eskmuthe, Boatie Blest and Porty took part in the many and varied categories, representing the ‘South East’ region. The competition on the water was as fierce as ever but onshore there was a great feeling of camaraderie as clubs and regions mingled and shared notes.

An interesting addition this year was the SCRA Picnic Class which some said was ‘no picnic’ but it was a joy to see a fine selection of small boats taking to the water, some slower, some faster, than others!

After a full day’s racing South East were pipped to the post by North East but a great day was had by all and thanks were conveyed to our organiser Stuat Mack and his team for putting the crews together and getting us organised. All race categories and results can be seen on the SCRA website.